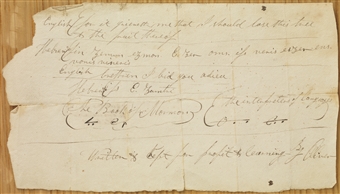 Do you know of any Joseph Smith documents that we might not have heard about? Tell us

The Church Historian’s Press is an imprint of the Church History Department of The Church of Jesus Christ of Latter-day Saints, Salt Lake City, Utah, and a trademark of Intellectual Reserve, Inc.